I enjoy making data visualizations. Almost all use R+ggplot2, and some use gganimate.

Additional visualizations can be found on my Twitter page.

Estimated percentage of a county who are vaccine hesitant vs. 2020 Democratic presidential vote share. 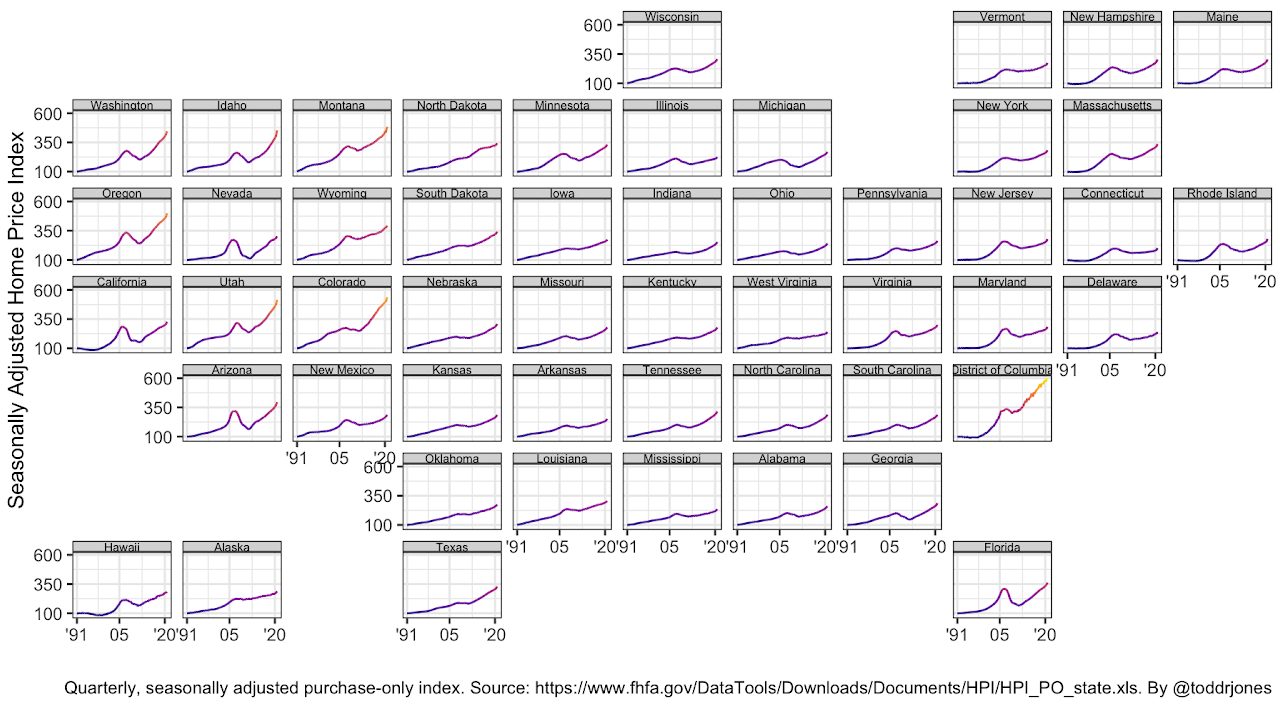 The number of international students studying in U.S. colleges each year, by country of origin, 1999-00 through 2018-19. 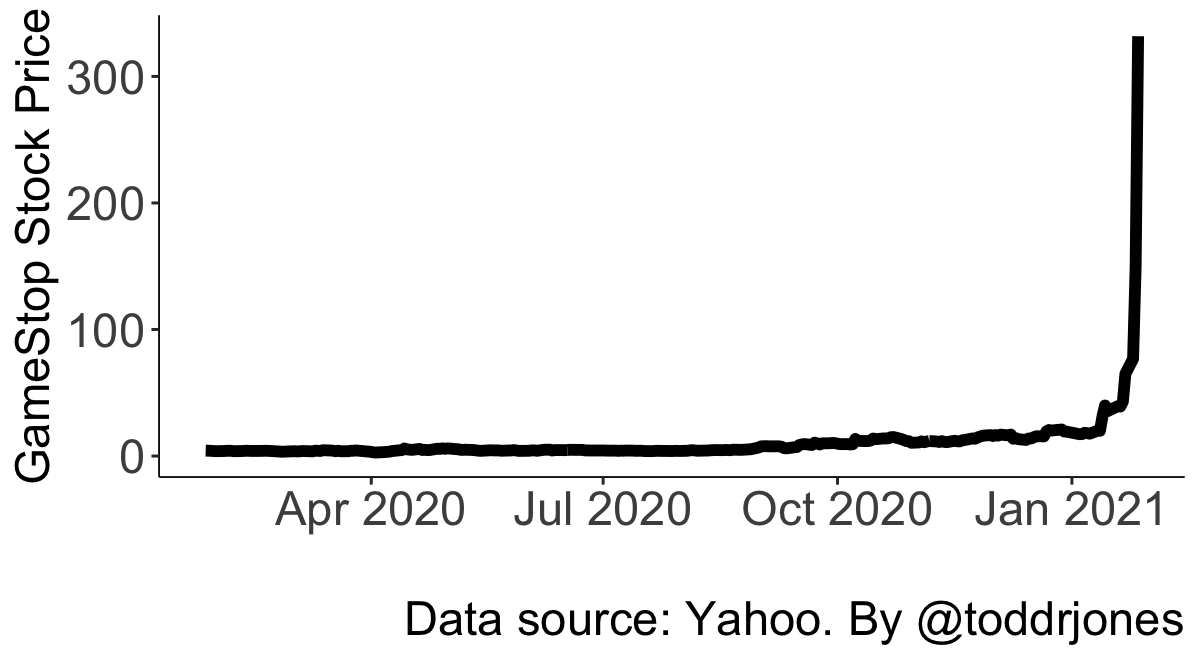 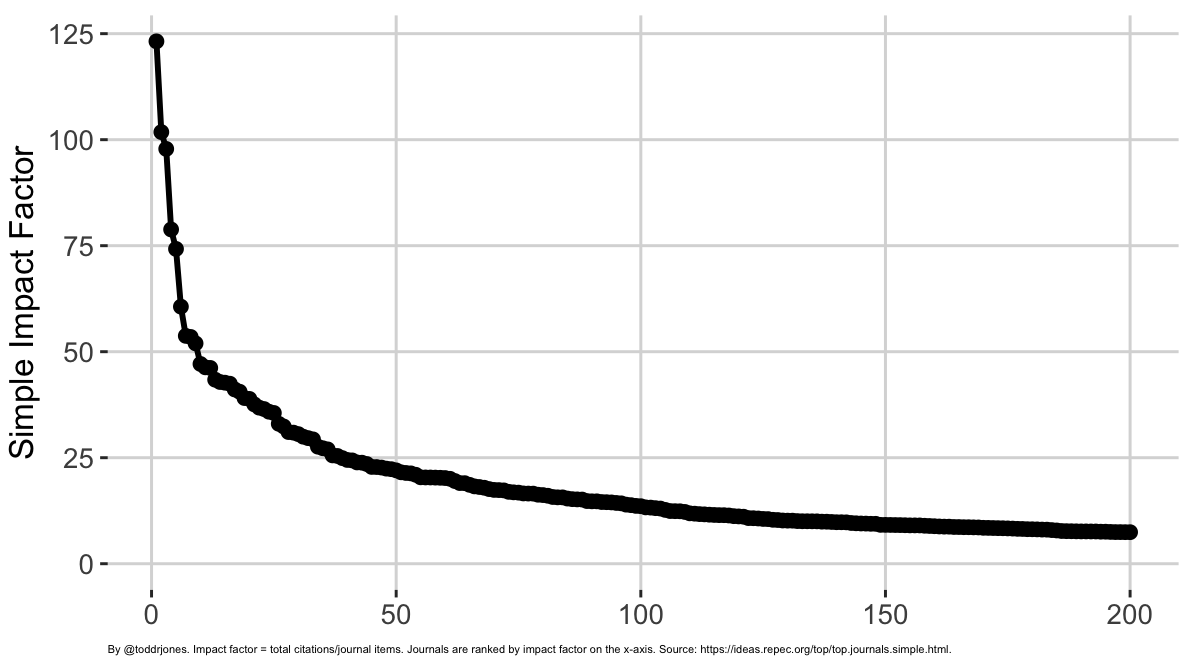 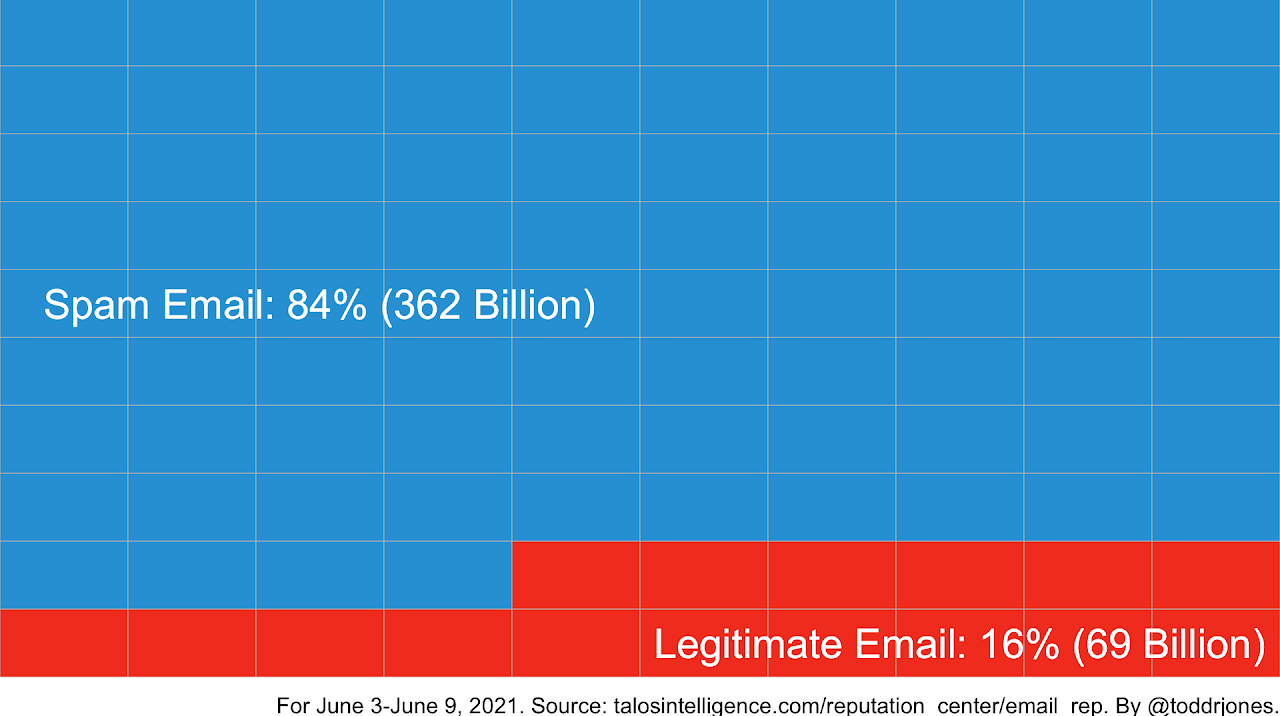 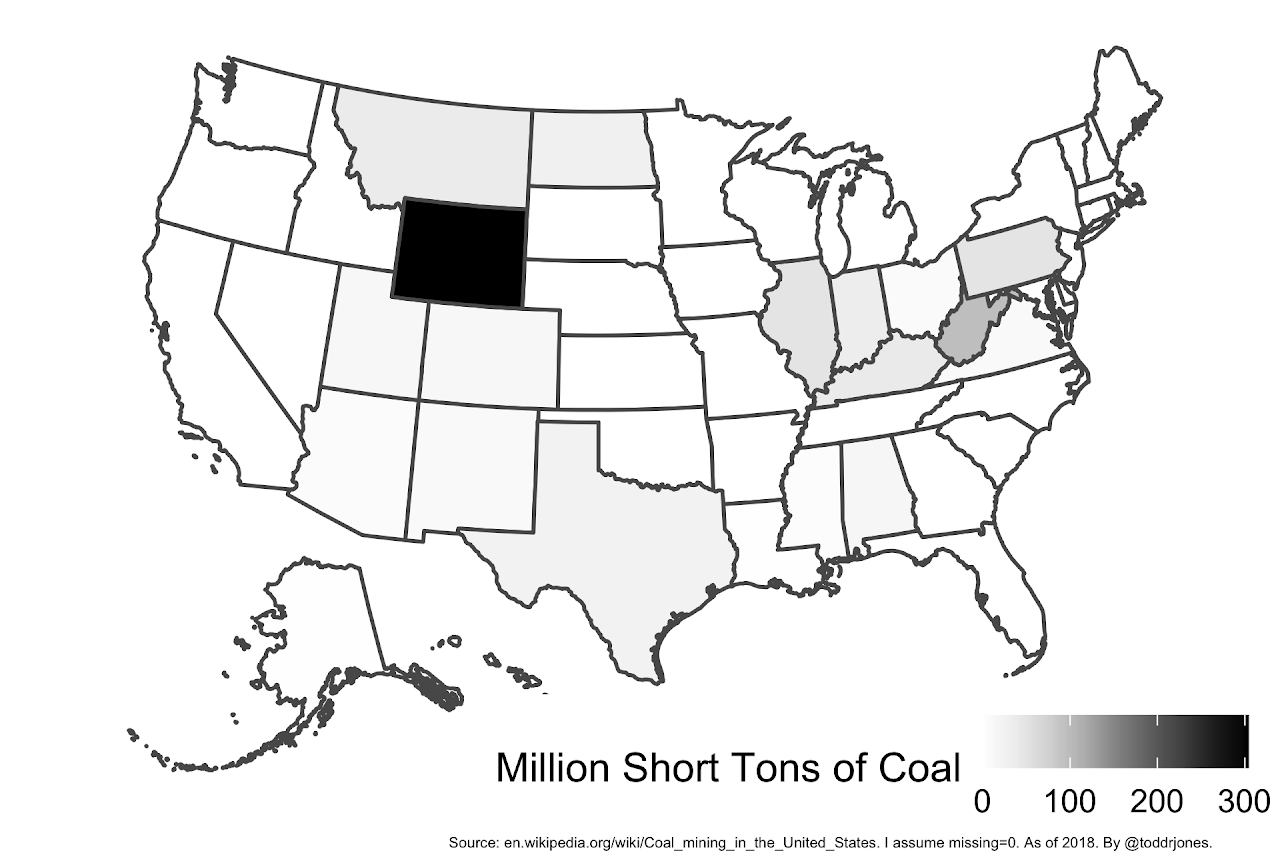 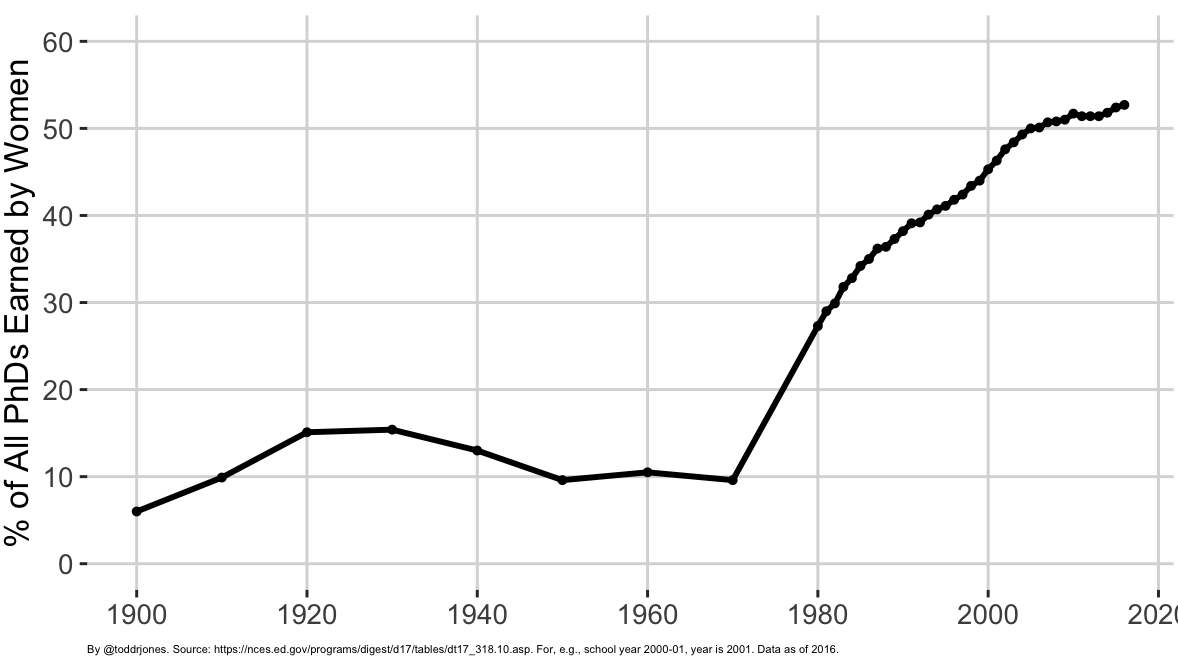 % of all PhDs earned by women over time 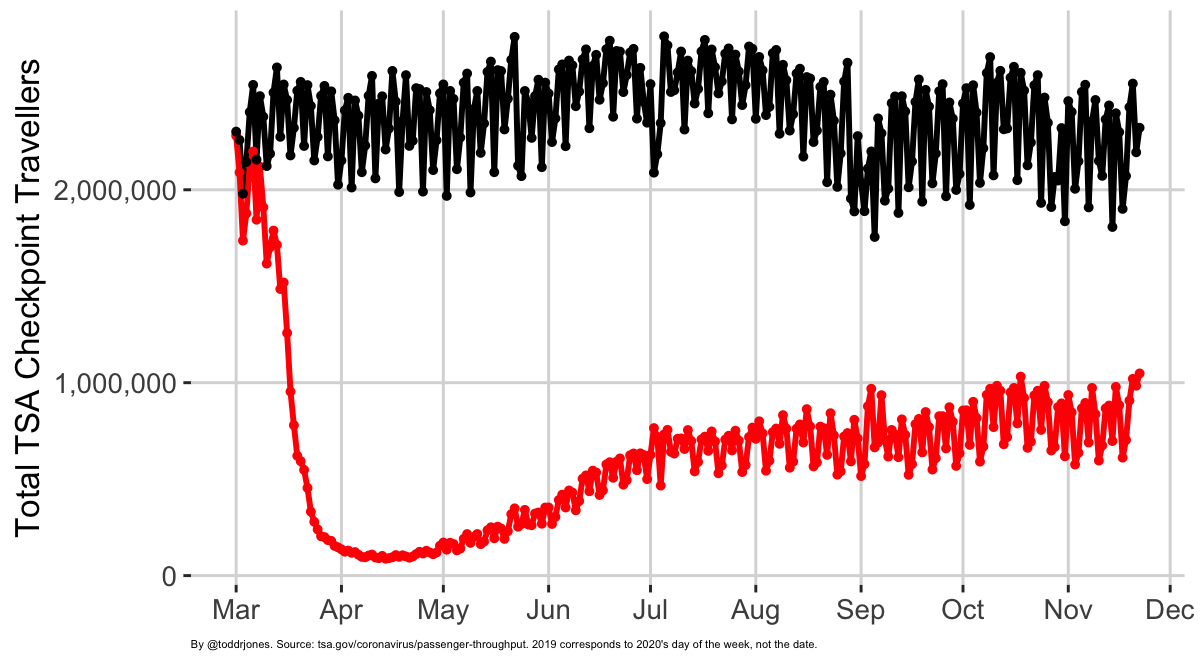 Travelers passing through TSA checkpoints by day, where red is 2020 and black is 2019. 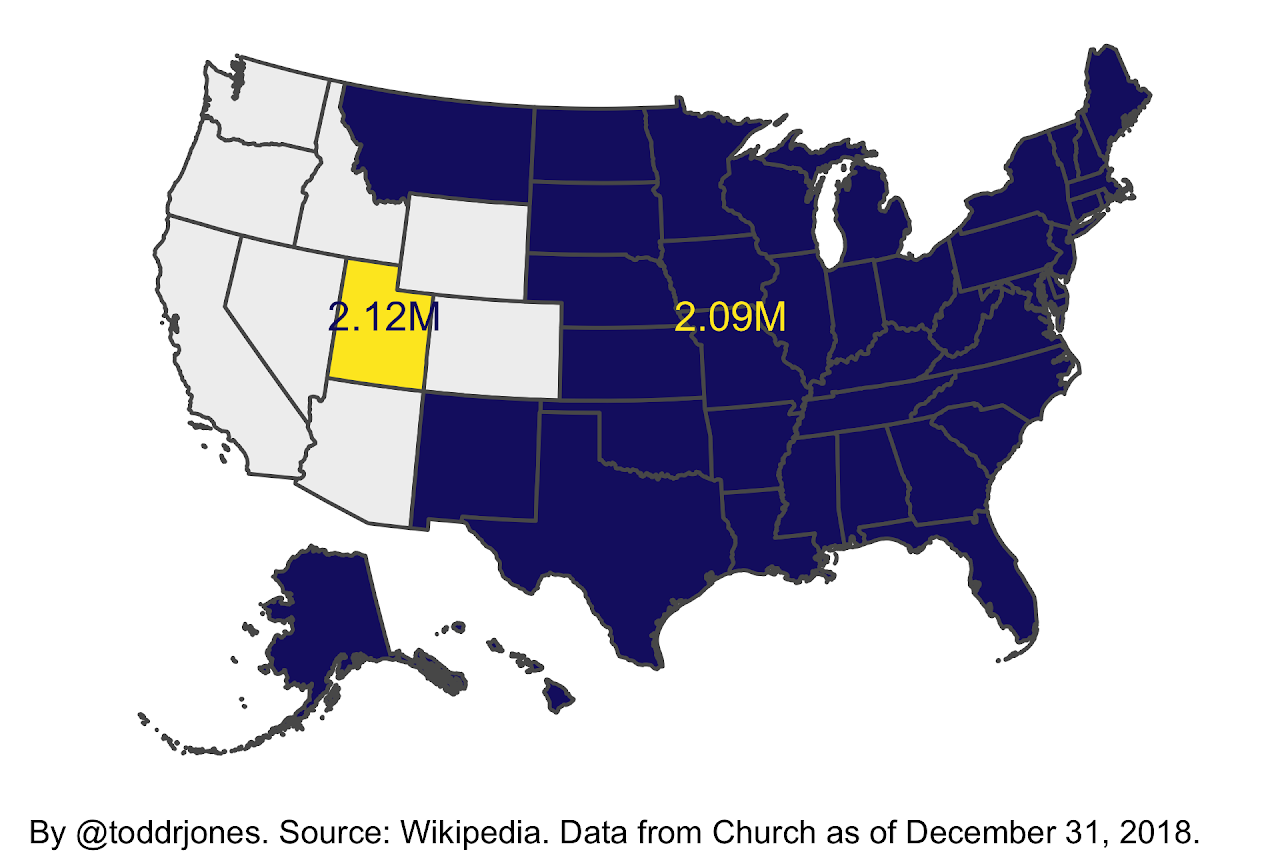 Utah has more members of the Church of Jesus Christ of Latter-day Saints than all the states colored blue combined.

State-to-state migration, where the red state is the sending state and darker=more sending. Uses ACS data. 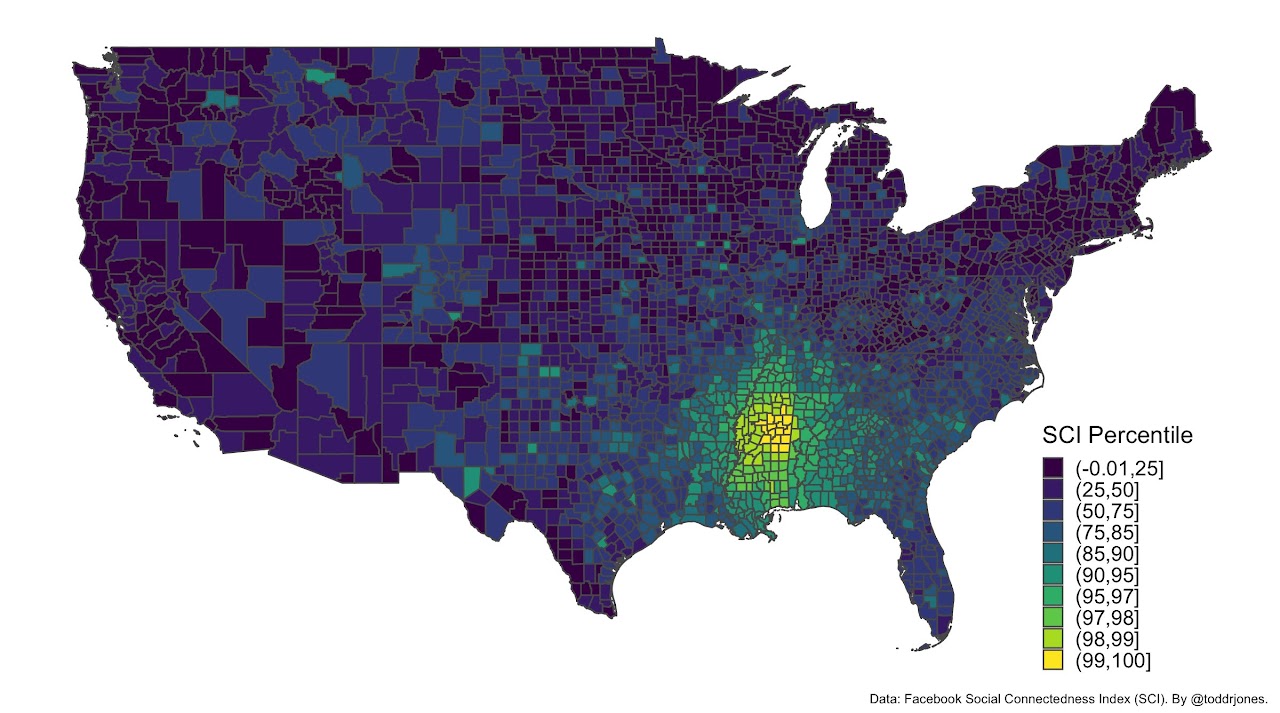 How Oktibbeha County, Mississippi is connected to other counties, using Facebook SCI data. 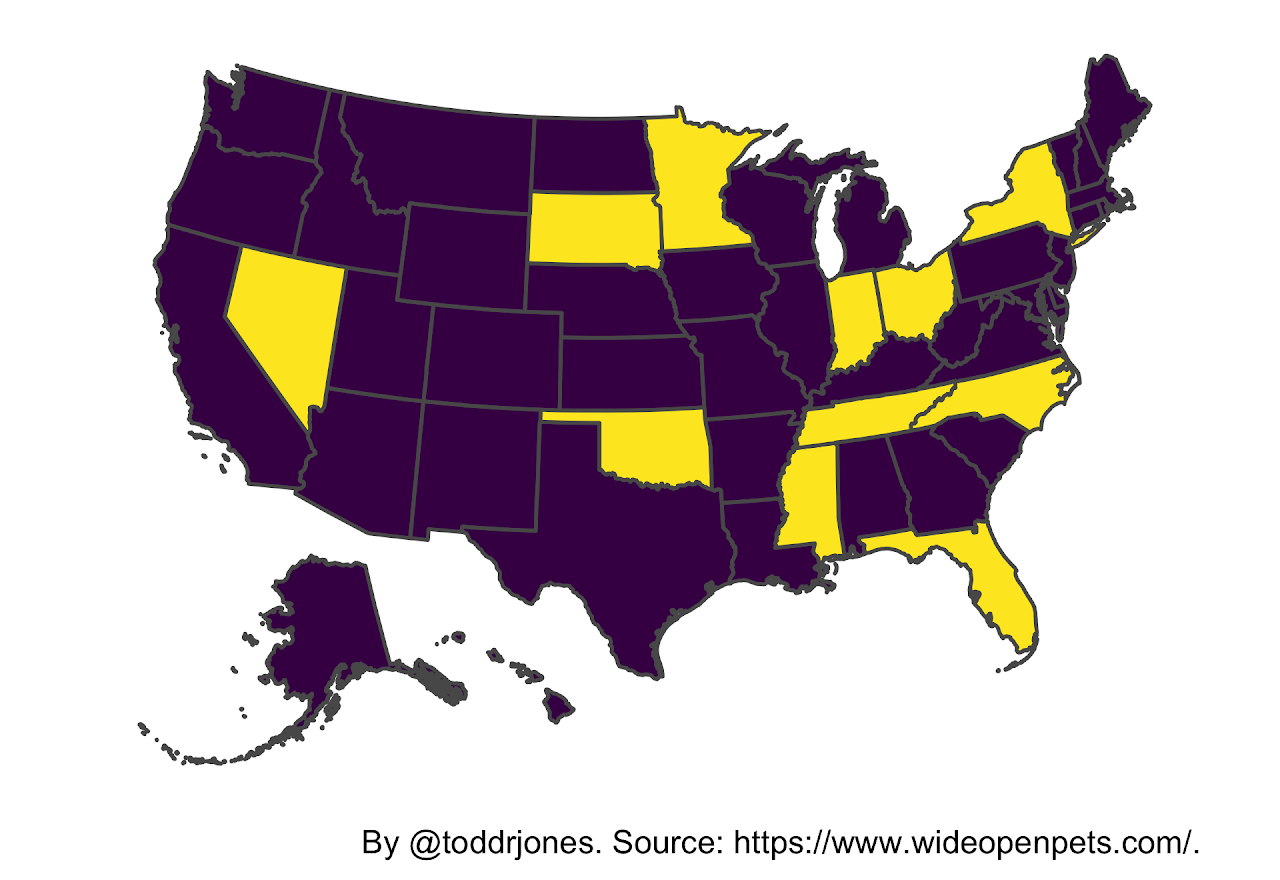 The yellow states are the states in which it is legal to own an otter. 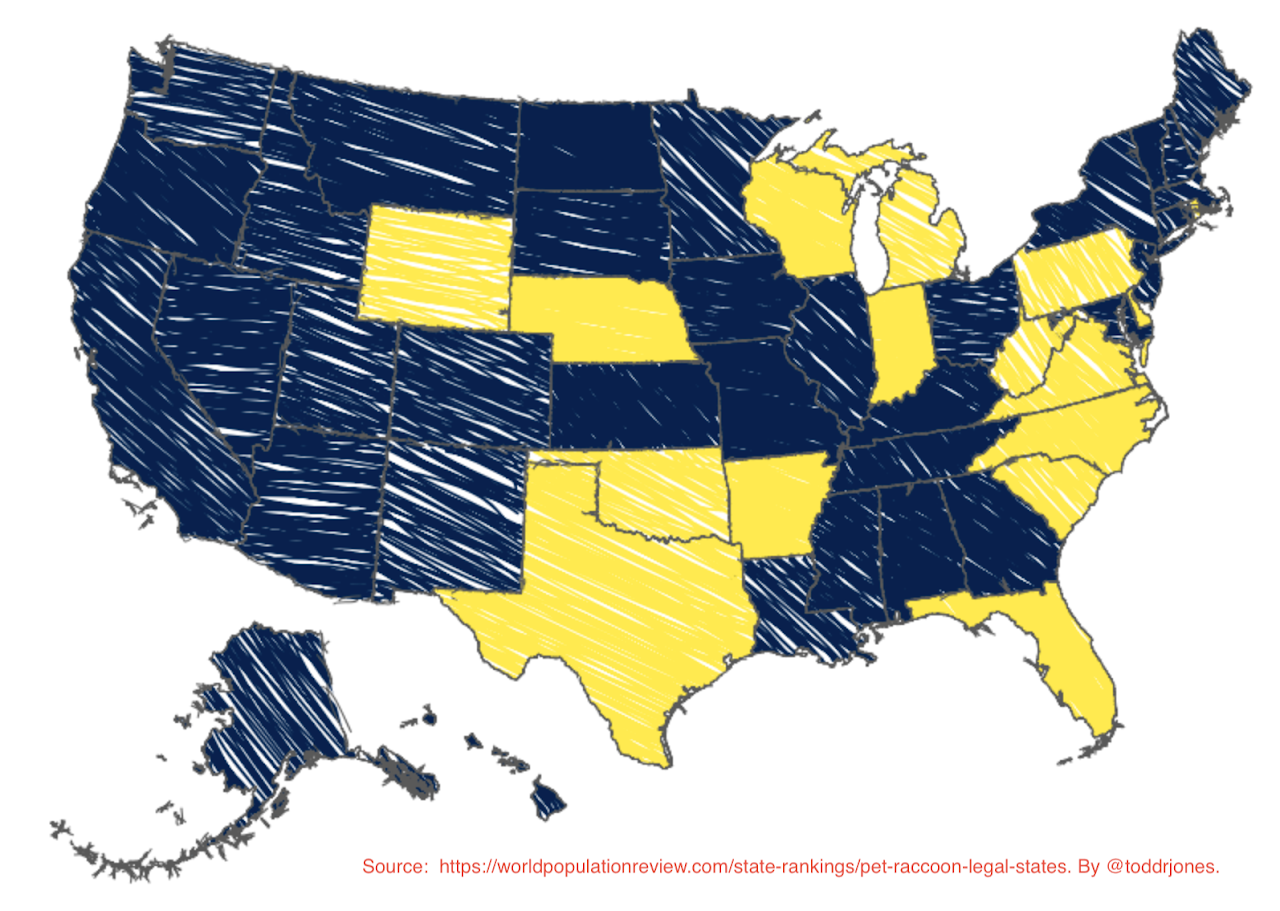 The yellow states are the states in which it is legal to own a raccoon. 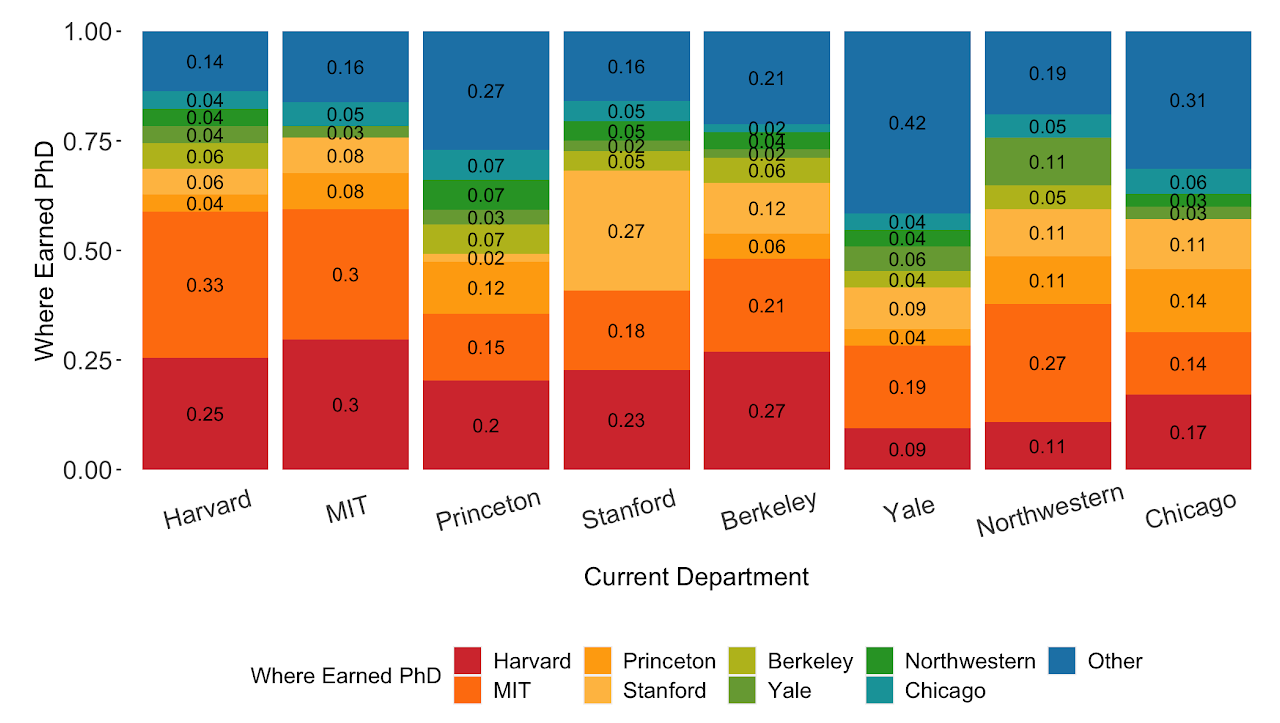 Where professors at top economics departments got their Ph.D.s. 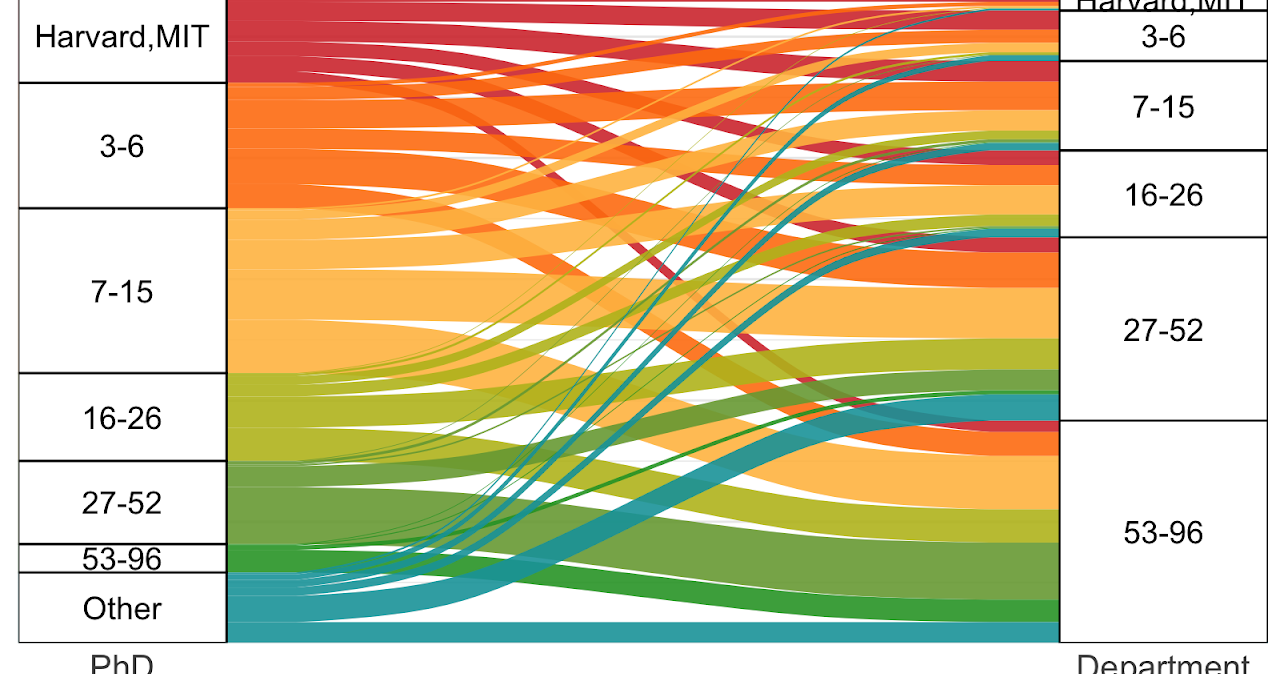 Where professors at economics departments (right) got their Ph.D.s. (left). 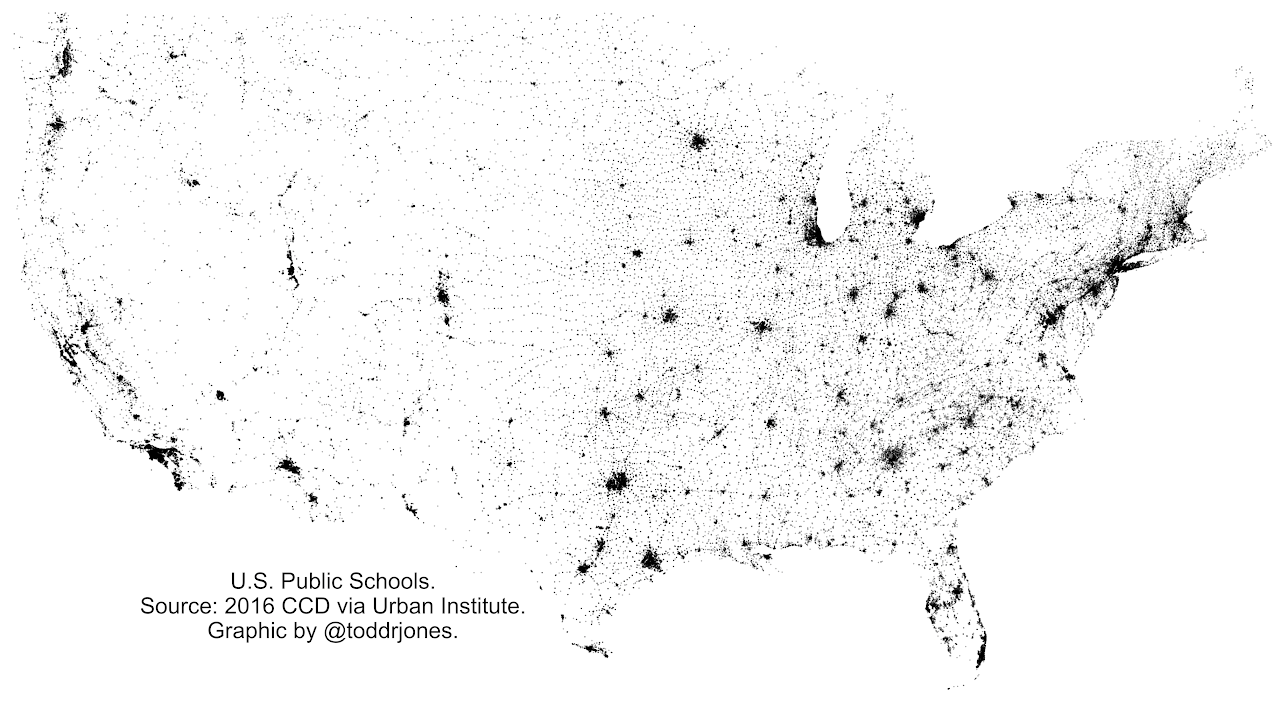 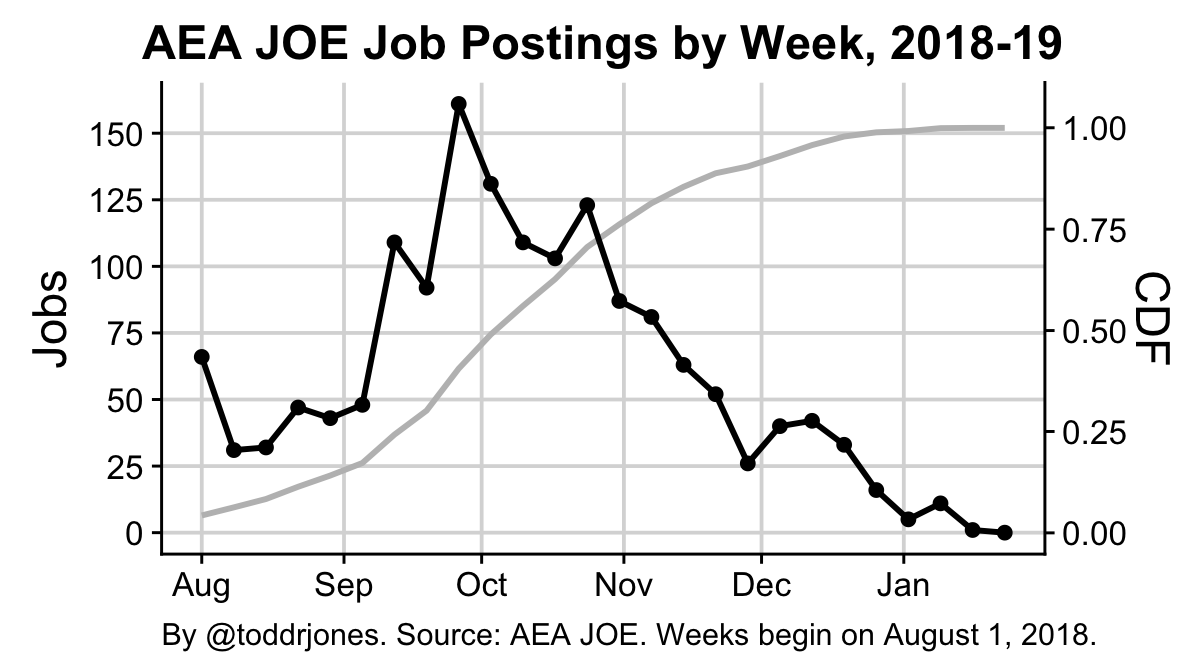 The spread of Walmart 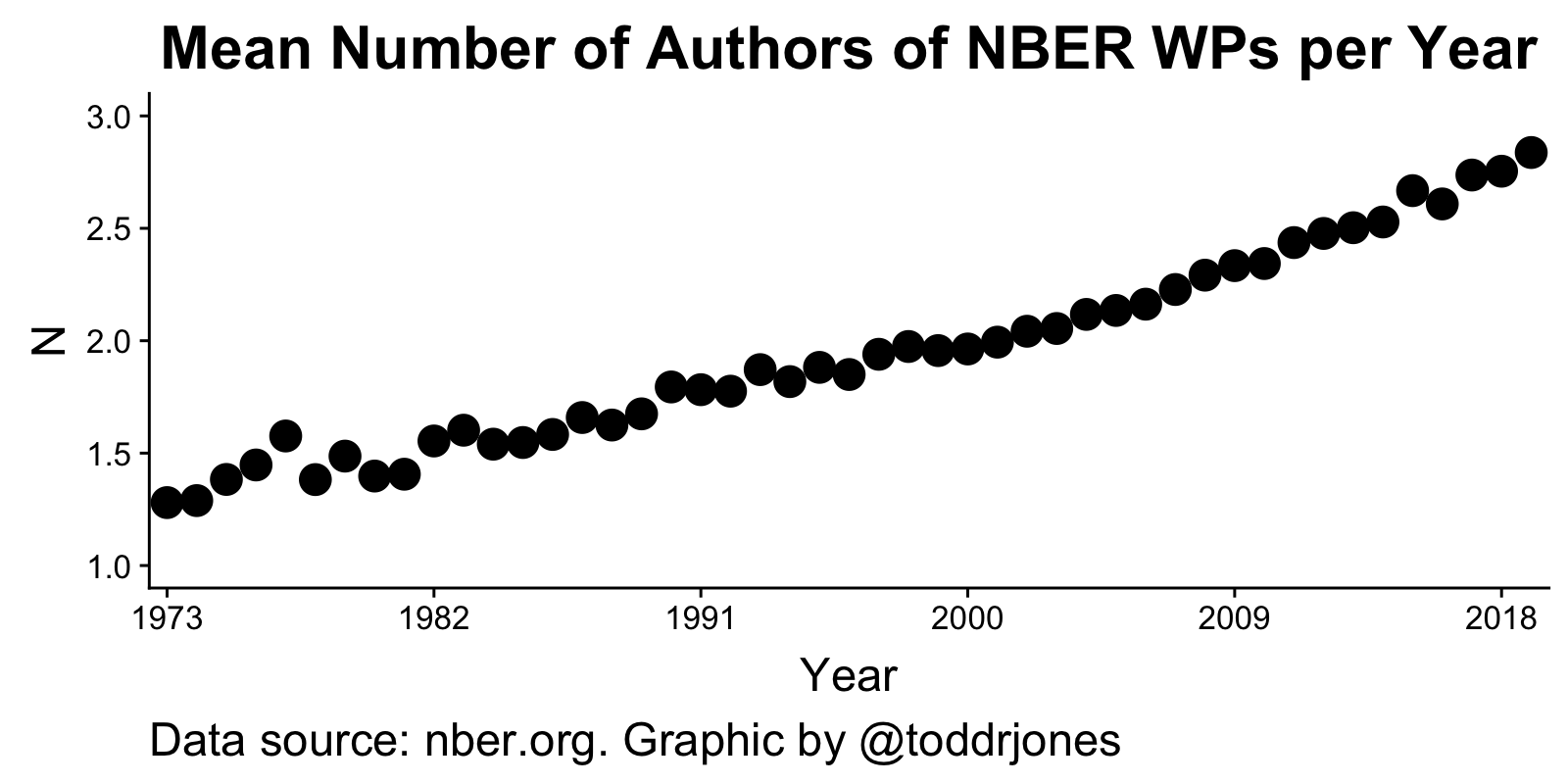 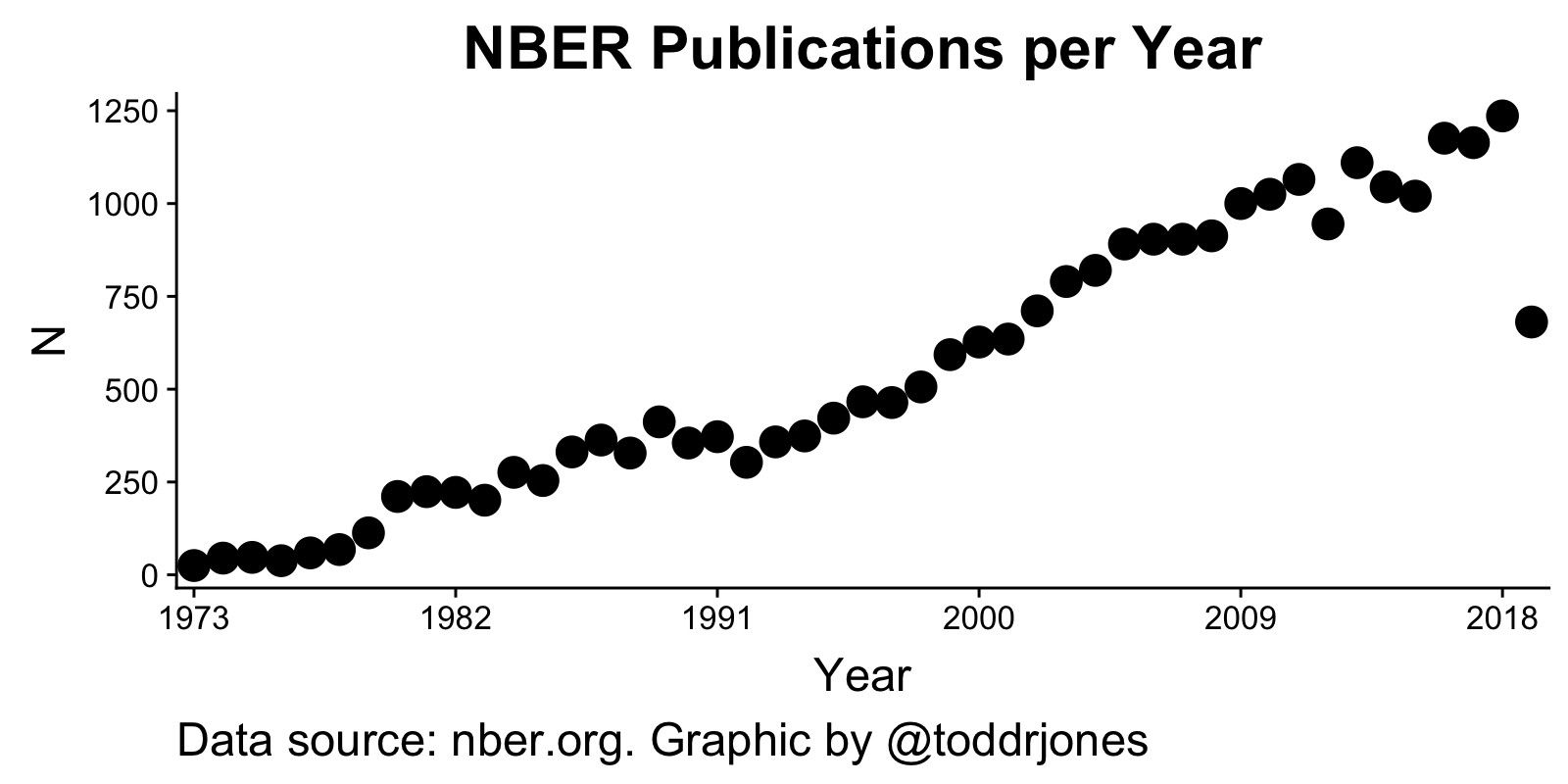 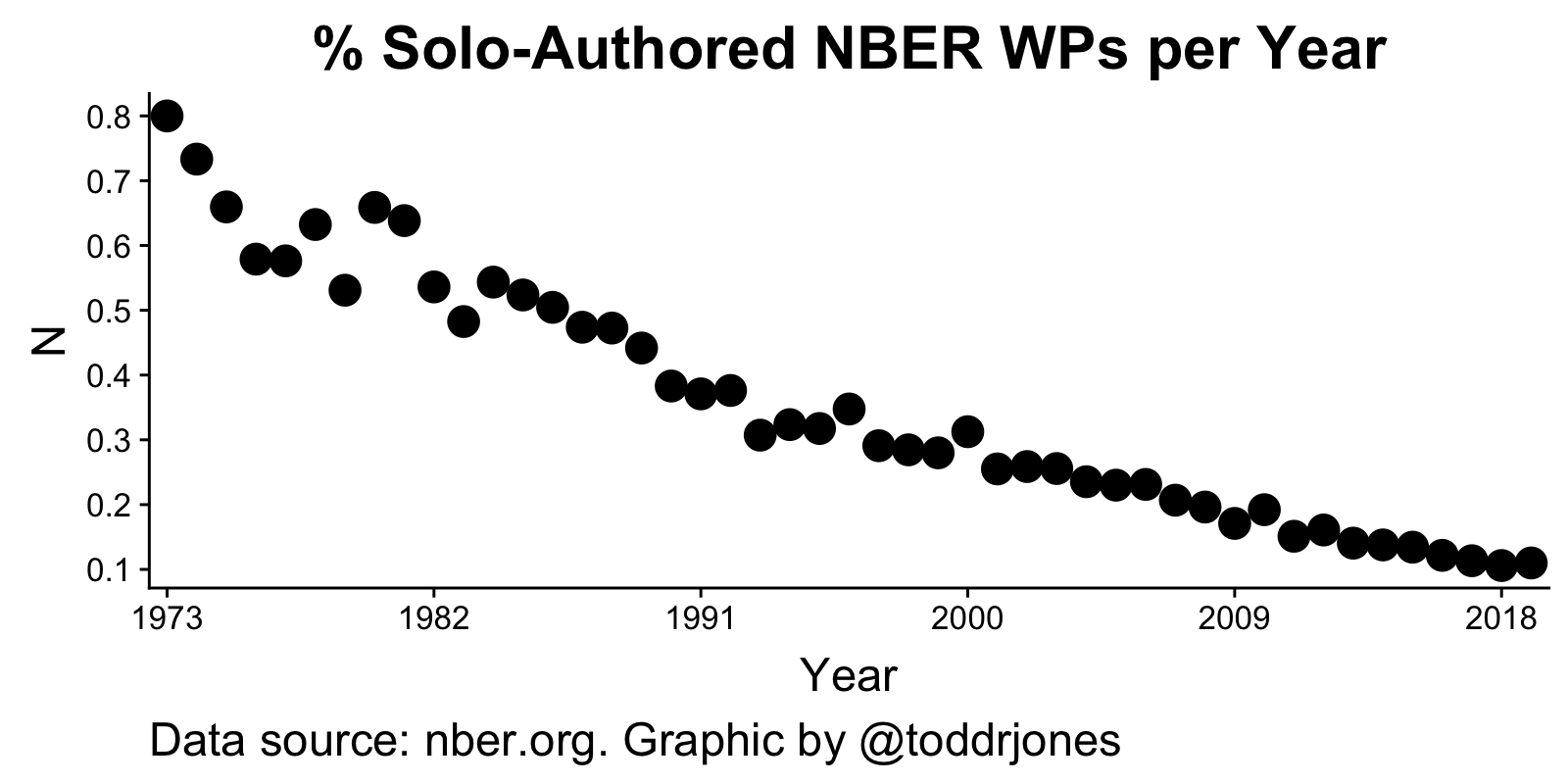 The above plot shows the total number of births by year, with each color representing a different age of mother. There is a persistent spike that occurs for mothers born in or close to 1946, presumably reflecting the increased number of individuals born in the baby boom. I used the NCHS Natality data, housed at NBER.

Child mortality versus total fertility rate, where each dot is a country. 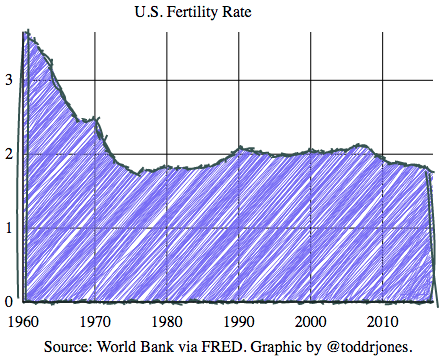 Fraction of NBA field goals that are 3 pointers 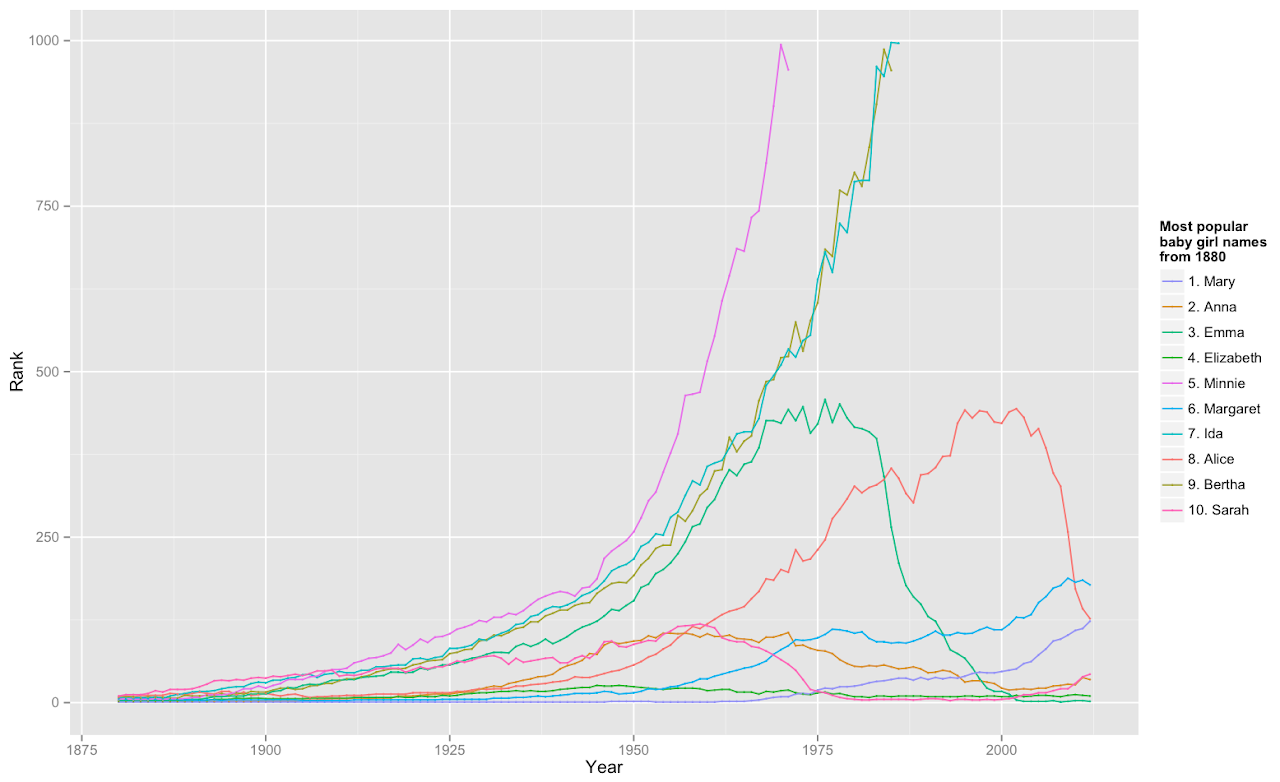 Mean center of the U.S. population